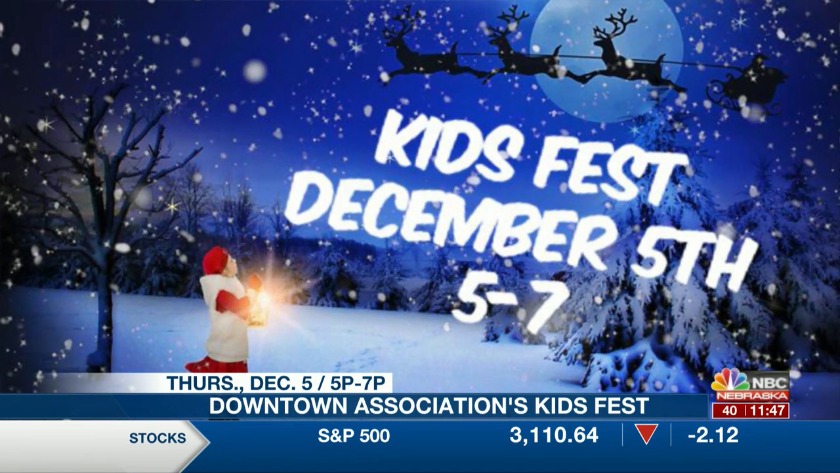 Kids Fest 2019 takes over the Neville Center in North Platte Thursday night. Santa Claus was present mingling with kids and finding out what they wanted for Christmas. (Source: Holly Barraclough, KNOP TV)

"It was so fun because you get to do all the fun stuff," said 7-year-old participant Sulema Santiz Martinez, "You get to take pictures with Santa Claus and make crafts and have a lot of fun."

Organizer Dalene Skates said it's an event that is great for the community that has been going on for over a dozen years.

"Oh my gosh look at the crowds," said Skates, "The kids love it, it's a great time, the volunteers love it, the Downtown Association sees it as a great way to get people down and experiencing what we've got down here."

Santa Claus was present listening to kids wishes. Skates said they plan to host the event again next year around the same time of year.

The Downtown Association held a coloring contest and drew the name of the winner Thursday night at the event. The winner was Mariella Cabrera from Jefferson School. Cabrera's teacher is Mrs. Hernandez.

Cabrera receives the opportunity to ride with Santa in the North Platte Christmas parade, a pizza party for 12 friends and the teacher for her class receives $250 in school supplies.