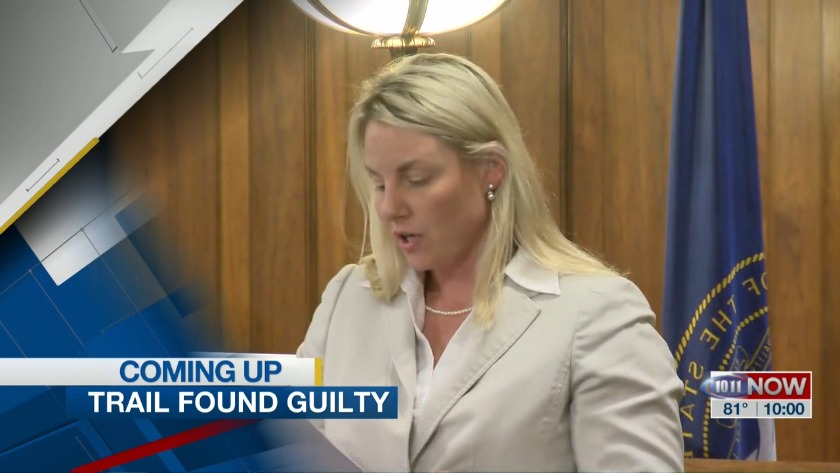 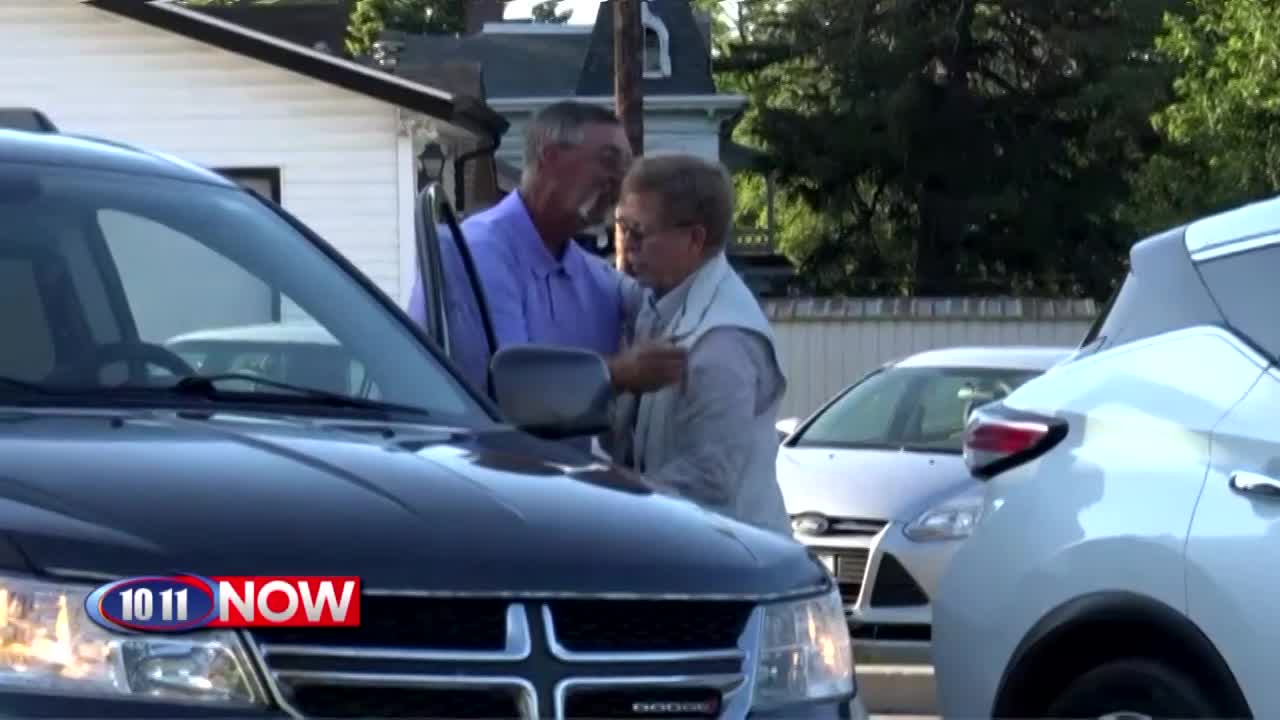 Family and friends of Sydney Loofe hugging outside the courthouse 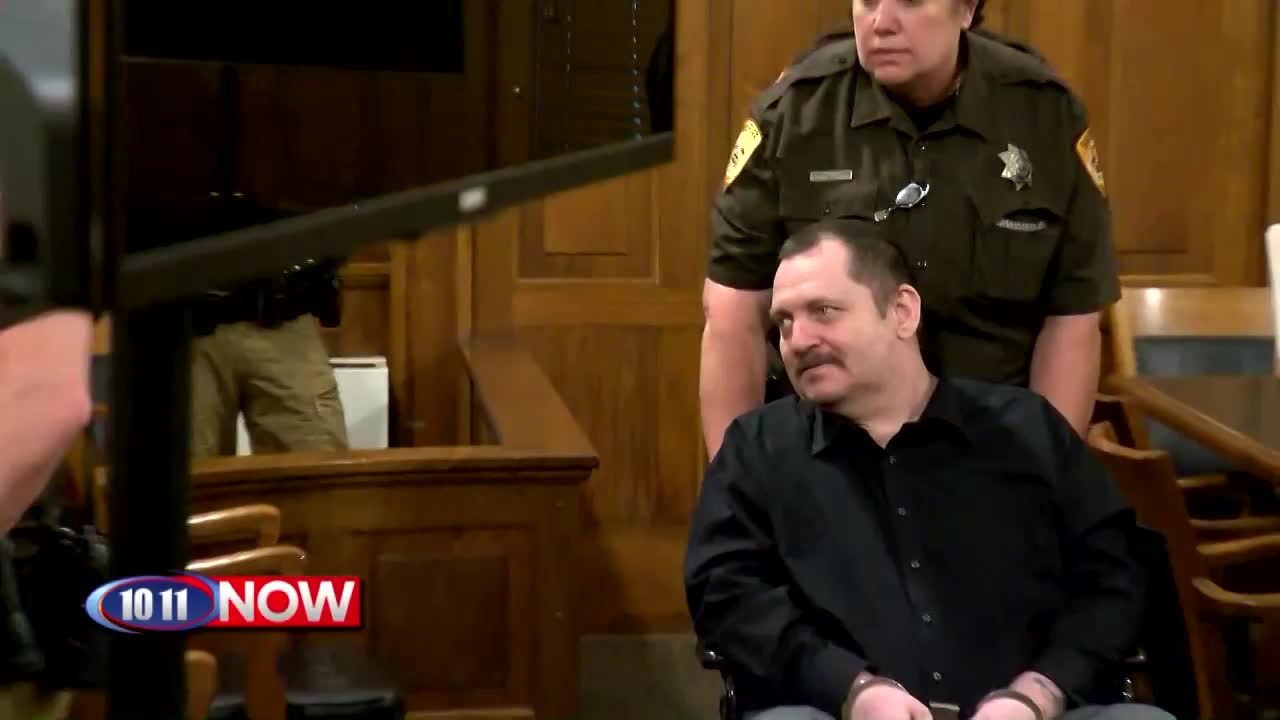 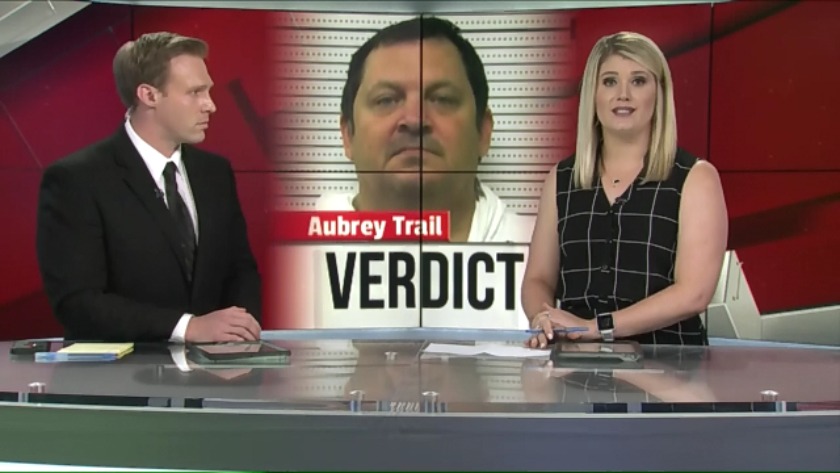 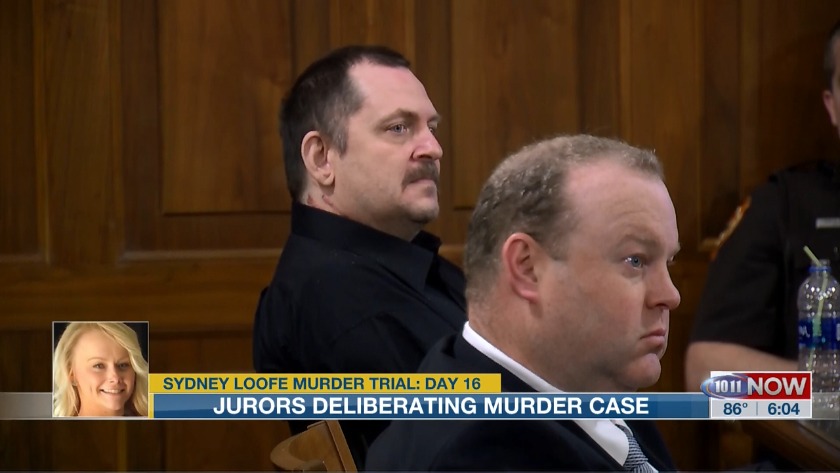 Jurors found Aubrey Trail guilty of first degree murder and conspiracy to commit murder for the killing of Sydney Loofe.

Loofe's family walked out of the courtroom in tears after the verdict was read.

The prosecutor was also hugging friends and family of Loofe as well as law enforcement who worked on the case.

The second phase of the trial will begin on Thursday. That's when jurors will decide if the case meets the aggravating factors, which would determine whether Trail can receive the death penalty.

Jurors are being sequestered until Thursday and told not to discuss the case with anyone else.

The Attorney General’s Office released a statement saying it is pleased with the determination of the jury.

"At this time, we want to thank the following law enforcement agencies for a thorough investigation, professionalism, and support: FBI, Lincoln Police Department, Saline County Sheriff, Saline County Attorney, Clay County Sheriff and the Nebraska State Patrol. We offer our sympathy again to the Loofe family, hoping our system of justice provides some form of solace to them for their loss of their daughter Sydney."

Before being charged with their task of coming to a verdict, the prosecution and defense gave their final plea.

The prosecution described Loofe’s death as a planned, targeted killing carried out by two people who’d been lusting after a murder for months.

Between Trail, and his co-defendant Bailey Boswell, prosecutor Mike Guinan said “they had four arms, four legs, two heads, but one mind. She was targeted, killed and dismembered.”

The defense maintained Trail’s story that he killed Loofe, but he did it accidentally.

“He had no intent,” Murray said. “He had no plan. There was no plan for this lady to die. The state’s only evidence as to intent is she was later dismembered with a hacksaw.”

He said the prosecution only proved where Trail bought the saw but said that doesn’t show the intent behind his purchase.

Murray also said Trail’s actions after Loofe died were too erratic to be planned.

Previous evidence showed Trail and Boswell traveled from hotel to hotel, zigzagging across the state before going to Iowa, then Branson where they were arrested.

Murray cited the prosecution's cross-examination of Trail as proof that Trail would never plan to take a route like that.

“Mr. Warner referred to the defendant as one who would meticulously cover his tracks as he demonstrated during the con regarding the coin and he asserted that Trail is not a person to act on impulse, we agree,” Murray said.

But Loofe’s family, friends, and coworkers didn’t let up, and it turned out one of them had the answer to the case at their fingertips.

Loofe sent one of her friends a picture of who she believed to be “Audrey” after going on a date with who we know now to be Boswell, Guinan said.

He said that photo and a friend’s determination brought law enforcement to Trail and Boswell’s hotel in Branson. That and a lot of excellent police work that followed, he said.

With that testimony, and nearly an hour of instruction from judge Vicky Johnson, the case was in the hands of the jury. The jury was sequestered while they deliberated.

They were given four options to choose from on the first degree murder charge: