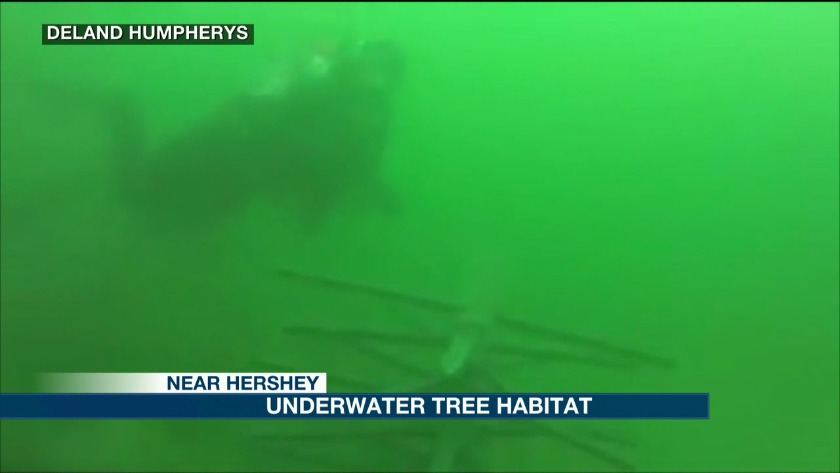 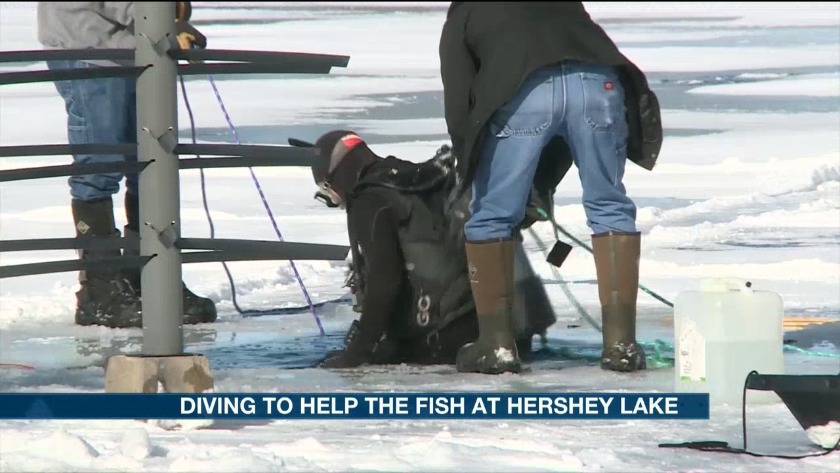 NORTH PLATTE, Neb. If you passed Hershey Lake on Saturday you likely saw giant red flags with a white stripe. That flag is to let people know there's divers in the area.

A diver acclimates to the water before diving underneath the ice at Hershey Lake. (Source: Jace Barraclough/KNOP)

The Platte River Scuba Divers dove beneath the ice to set up trophy trees, a safe haven and a root wad fish habitat.

Trophy trees help create hiding places so the fish have an easier time reproducing and staying away from predators.

The group received a grant from the Frinds of the Resovoir who gave $1,250 for the structures.

Due to the cold temperatures in the lake, the divers had to take extra precautions to stay safe.

"Right now the water temperature is 36 degrees. Almost everybody's going to have a dry suit or at least a 5 mil. wet suit with a core protector, hoodie, gloves and booties," said diver Deland Humpherys.

"If you don't have a hoodie on when you get in there, it's just like burning. It's not good, you won't stay very long."

Each of the divers were attached to a rope which they used to communicate as to when they were ready to return to the surface.

Chris Stapleton to perform at Pinnacle Bank Arena in October

Warren Buffett gets out of the newspaper business

Chris Stapleton to perform at Pinnacle Bank Arena in October