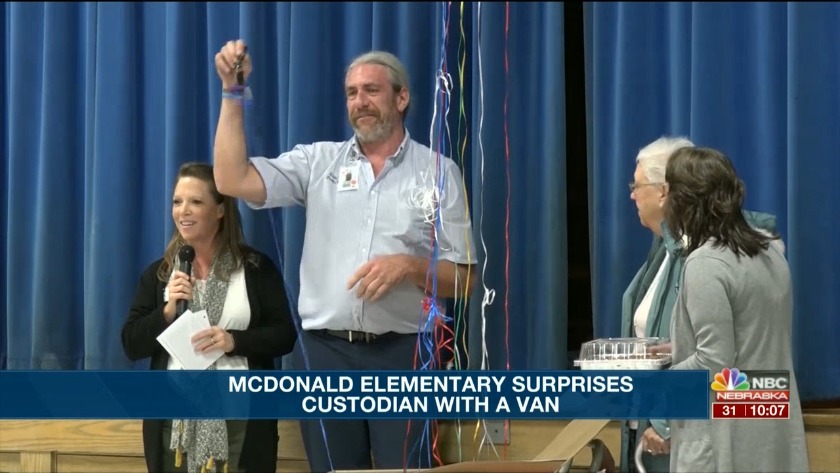 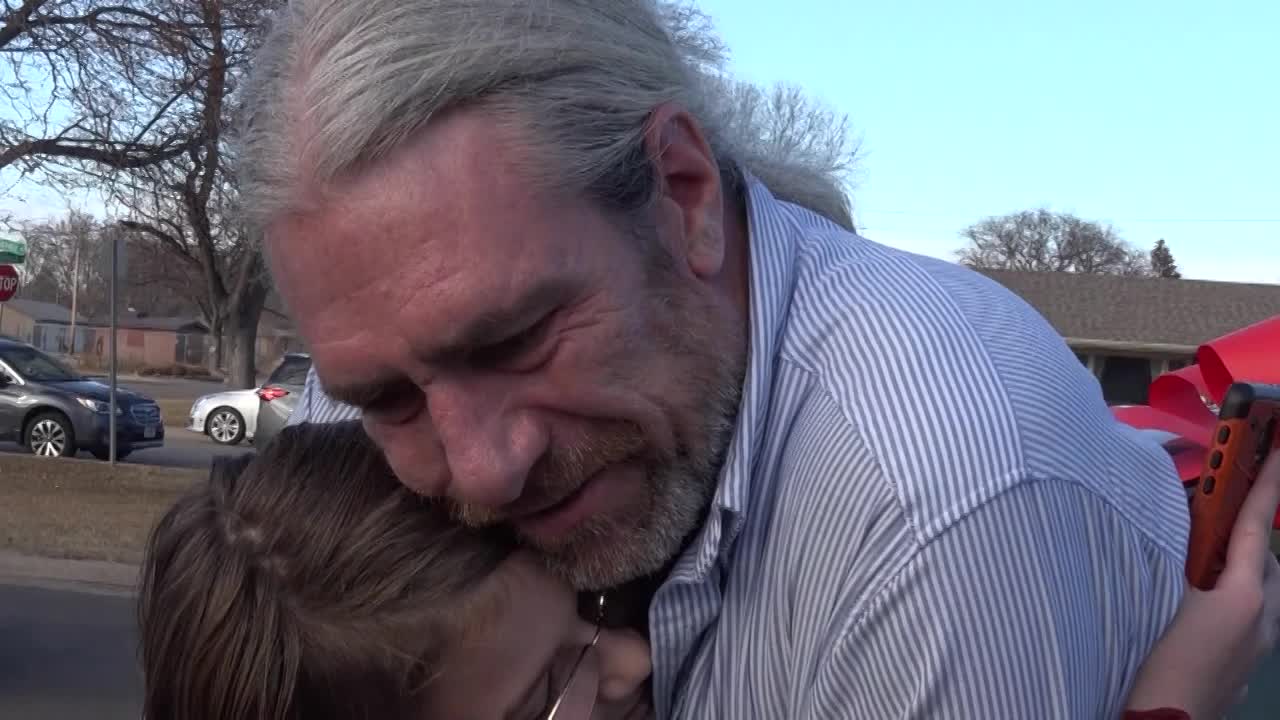 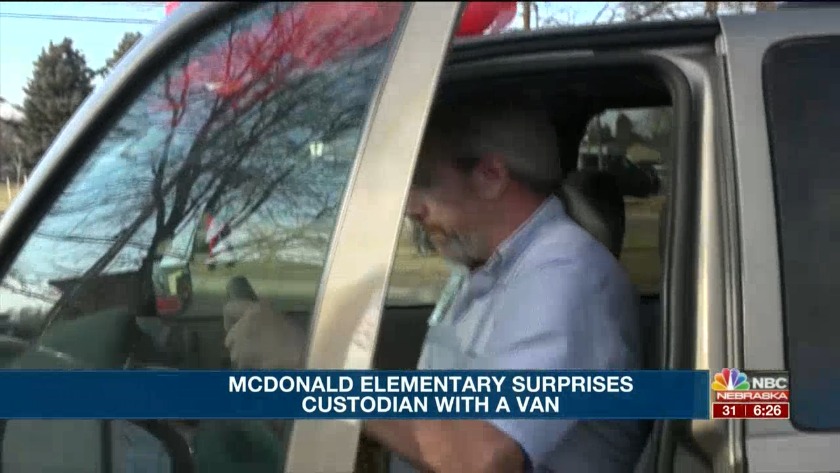 NORTH PLATTE, Neb. KNOP-TV McDonald Elementary custodian Dan "Big Dan" Koehler has been sweeping his way into the hearts of countless children for the past five years.

Students say aside from getting serenaded by Big Dan with his guitar on their birthdays, they look forward to his positivity and high fives every day.

"In kindergarten I was pretty sad that was a sad year getting chased a lot and Big Dan cheered me up," said fifth grader Jacob Carlson.

Sheila White volunteers at the school through the North Platte Ready to Serve Volunteer Program and says she's been thinking about ways to buy Koehler a van.

"His van is not working, found that out yesterday that his van is completely not workable," White said.

The response was overwhelming.

On Tuesday, Koehler was given the keys to his 2004 Oldsmobile Silhouette during a school assembly.

"You know how I feel about all of the kiddos though, it's always been that way, just the way it is," Koehler said. "But this I don't know if I am so deserving as such. but thank you from the bottom of my heart."

Songster says enough money was raised to pay the taxes on the van.