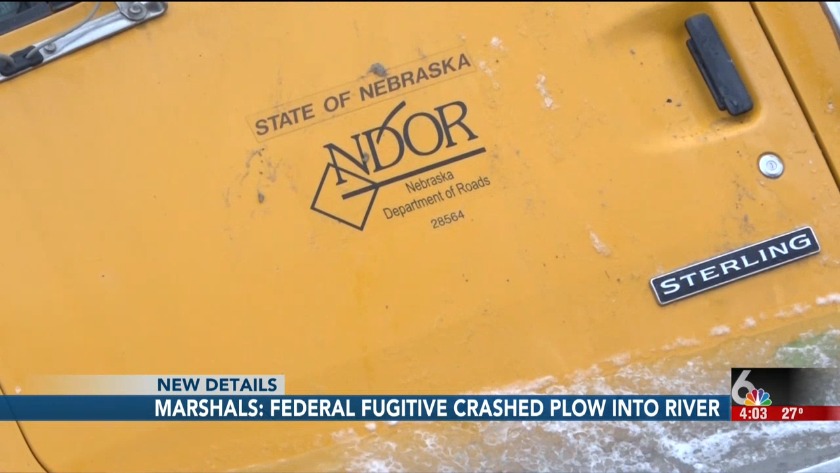 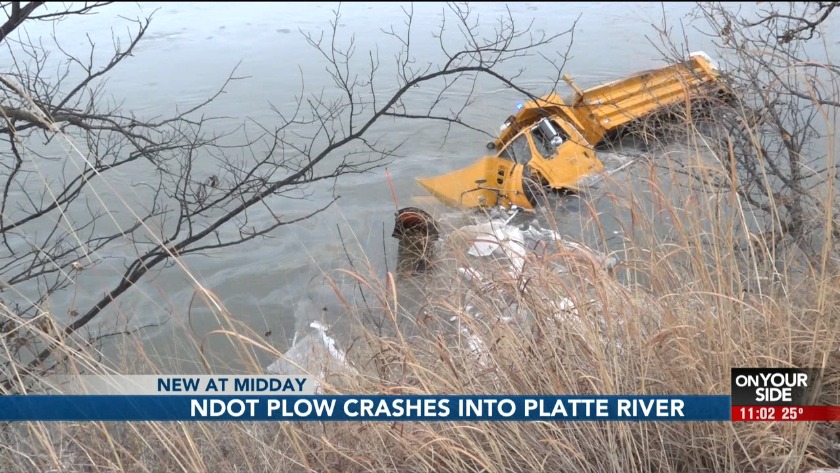 NDOT snowplow ends up in the river

SARPY COUNTY, Neb. (WOWT) -- A Nebraska Department of Transportation employee being under surveillance by U.S. Marshals was taken to a hospital and then to jail Tuesday morning after the snowplow he was driving ended up in the Platte River.

A Nebraska Department of Transportation employee was taken to a hospital Tuesday morning after the truck he was driving ended up in the Platte River, according to Sarpy County Sheriff's deputies at the scene. (Emily Dwire / WOWT)

Tuesday morning, the U.S. Marshals Metro Fugitive Task Force got a tip that a fugitive under sealed federal indictment was driving a snowplow near the Nebraska Crossing outlet mall, so marshals began watching the vehicle, according to Wil Iverson with the U.S. Marshals.

As they were tracking the driver, the snowplow turned and headed toward Schramm Park State Recreation Area when it drove off the road and into the water, Iverson said.

About 8:30 a.m. Tuesday, an NDOT highway maintenance tech called the department to report seeing one of its trucks in the water, said NDOT's Vicki Kramer.

Sarpy County Sheriff's Office was called to assist with getting the driver out of the water, he said. Two wreckers arrived at the scene just before 10 a.m. to extract the snowplow.

The man was pulled from the plow, taken to the hospital, and then to Douglas County Jail. He is scheduled to appear Wednesday morning in federal court, Iverson said.

Read the original version of this article at www.wowt.com.