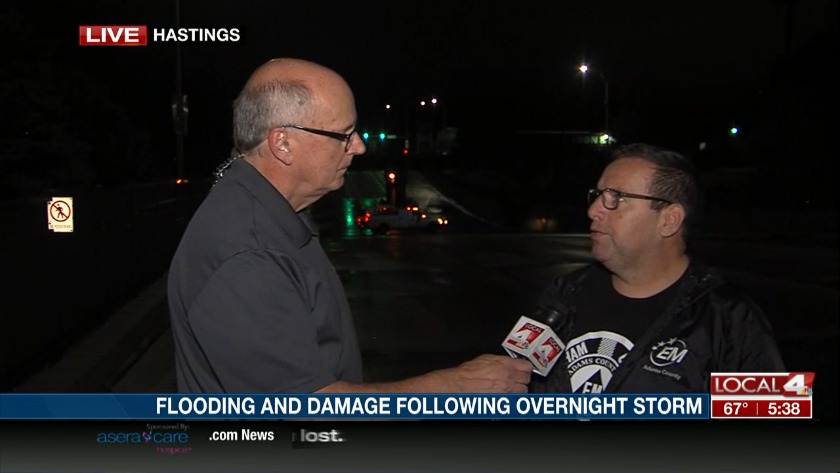 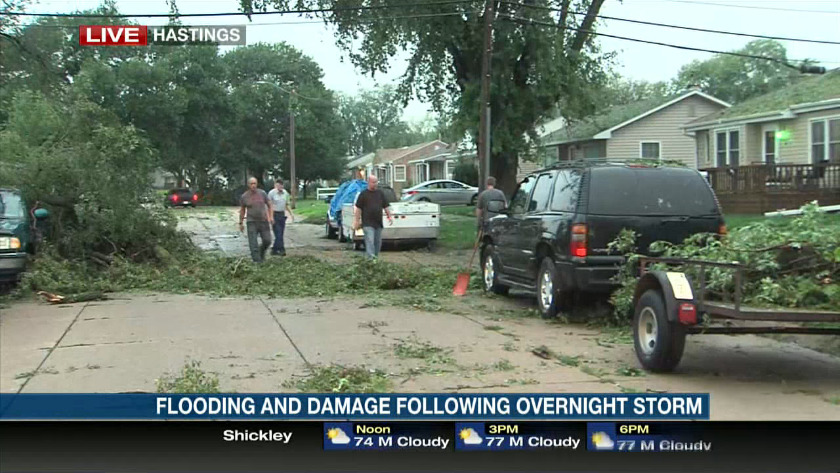 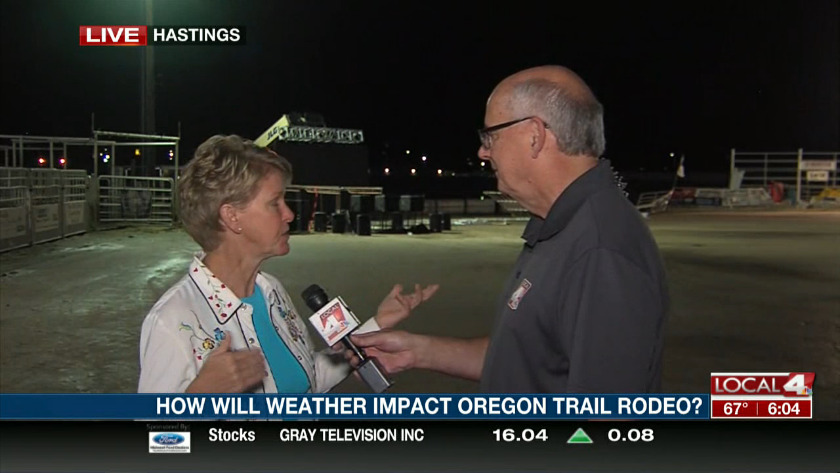 Rain or shine, Oregon Trail Rodeo is a go

After several past nights of rain, there are several county roads with water running over them.

If there are barricades indicating road closure, please do not go around them. Many county roads are gravel, and with all the rain received, these roads have become very soft, and it does not take much water to push a vehicle off the road.

Please use caution when driving out in the county. If notice water running over the road that is not listed, please contact County Roads Dept. 308-385-5126.
Local authorities request the public avoid traveling in flooded areas.

Central Nebraskans are waking up to see whether or not their homes, yards or vehicles were impacted by the severe storms that rolled through overnight.

One of the hardest areas hit was south of Alda by the I-80 interchange, receiving around six inches or rain.

The Hall County Sheriff's Office said strong winds blew over semis and a NDOT sign was turned over in the driving lane on Interstate 80. Several streets in Alda are also under water on Friday morning, according to deputies.

Another area that is dealing with the aftermath of severe weather is over by Doniphan.

The sheriff's office said there are numerous roads with water over them.

The Hall County Public Works Department is on their way over to Amick Acres to start sandbagging. One resident who lives in that area said water was flowing over people's lawns into the lake there.

Grand Island Police added the storm caused flooding around Grand Island as well. The Eddy Street underpass was closed, once again, because of the rain.

Adams County residents are also feeling the effects of the storm.

Pughes said around 5 a.m. that 12th street was dangerous to travel on due to flooding. The Burlington underpass was closed due to water. There are also reports of crops to the west being destroyed.

Pughes said the storms centralized over Hastings, but hit the southwestern part.

As of 9 a.m., Southern Power said power has been restored to most customers in Hall County and in the Hastings area. At this time if you have an outage you haven't reported, please call 800-579-3019.

One event that isn't worried about this round of storms is the Oregon Trail Rodeo. They said the grounds are ready to go for patrons as well as the animals. There was some minor tree damage as well as some fencing that needs fixed, but officials said that will be easy to do.

If you are out traveling Friday, use caution as there may still be debris on the roadways.

Troopers busy responding to crashes and people sliding off I-80

No Classes or Cheap Sunglasses?

Troopers busy responding to crashes and people sliding off I-80

No Classes or Cheap Sunglasses?