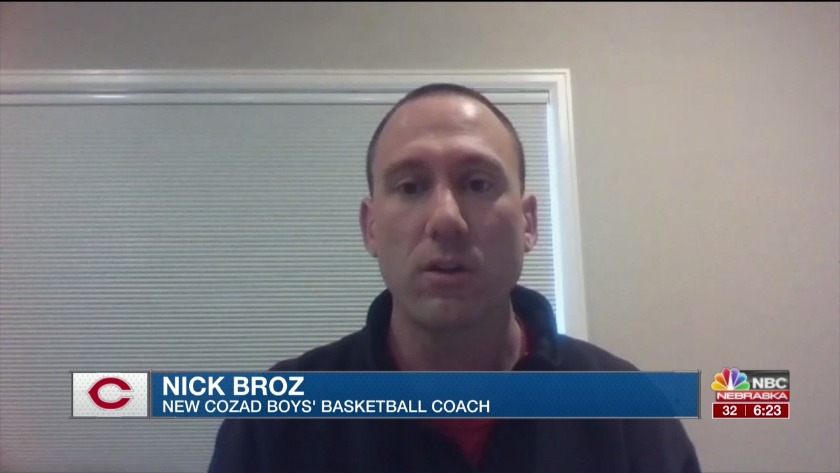 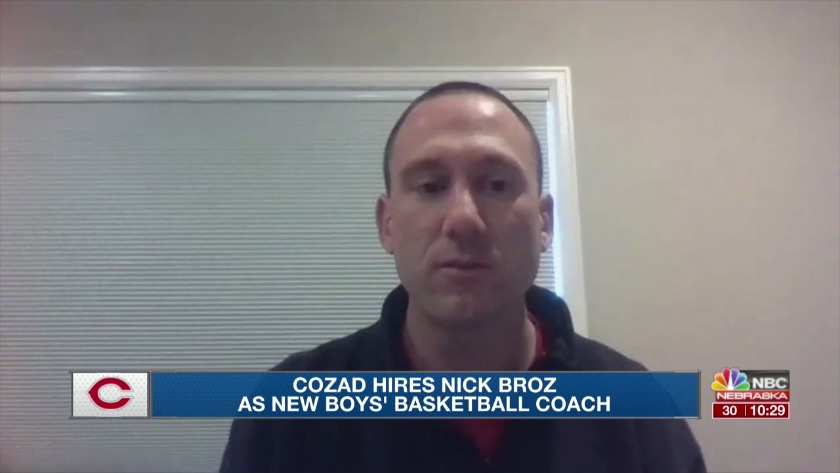 Broz was the boys' basketball coach at Bridgeport for ten years, and prior to that coached at Hastings College, and McCook Community College.

Broz, a native of Hayes Center, wanted to move his family closer to relatives who are still in the area.

"It was for my wife and me, and then also our five kids, to be around family a lot more, to have those experiences on the farm, where we grew up," Broz said.

The decision to leave Bridgeport was a tough one for Broz to make, and what made the final decision harder was Broz had to tell his players over zoom.

"You know, it was a very difficult, very gut-wrenching decision on on our part, to leave such a great community, and where we have so many memories," Broz said. "It was difficult, again on another zoom situation, which is not the most conducive, but at least I was able to look them in the face and and be able to tell them."

Broz is replacing Drew Danielson, who coached the Haymakers the past four seasons, and took over the Hastings High School position.

"You know we had some really good interviews, and Coach Broz was was top notch all the way, and so for us it was a very good hire and we're excited to have him on board," said Cozad Activities Director Jeremy Yilk.

The hiring process took about a week, and with the current situation, Broz was not able to see the school's facilities, or even meet people in person.

"We were a little nervous coming in, knowing we're not able to show our facilities off, or school off, to our candidates. So, it was an interesting deal but it worked out for us in the end," Yilk said.

However, being from the area, and having coached in the area for so long, Broz was familiar with the program.

"I've been there before and then seen some of the facilities, so I kind of knew a little bit about their school and their setup. I'd kind of a rather be there in person, but at the same time I kind of knew a lot about it already," Broz said.

Broz said the community support was a big factor in his decision to choose Cozad.

"I think it's a great community, I think there's there's tons of support. I think there's a lot of interest in boys basketball currently, and we're just excited to get down there and work," he said.

His leadership style is drew Yilk to choosing him as the next head coach.

"He is a passionate, enthusiastic coach. He loves the game, loves to teach the game, and loves to develop kids, and that was clear in his message. His teams are about toughness, and so that is something that was real appealing to us, and knowing that he would get an excellent fit here at Cozad," Yilk said.

In addition to just coaching, Broz enjoys having an impact on the lives of the boys he coaches.

"Ten years of being a head coach, six years of being in the college ranks, I've seen seem quite a bit of the game. But, also it's more than basketball, it's an opportunity to help try to grow young young boys into men, and hopefully they can leave Cozad ready to go into college and the real world," Broz said.