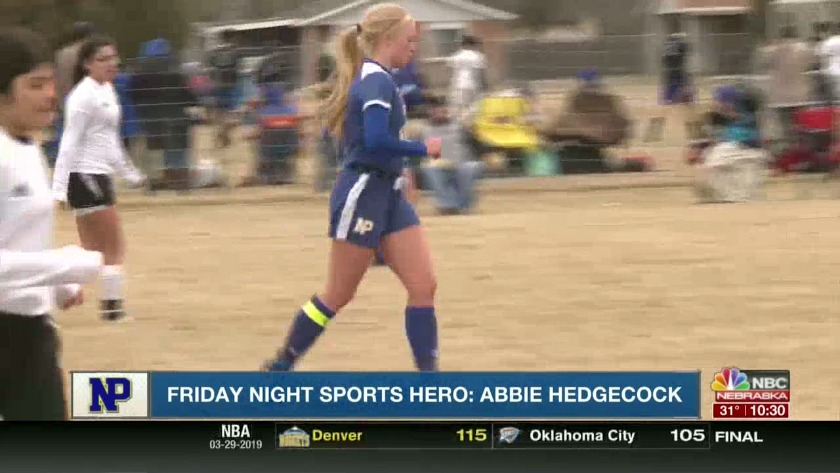 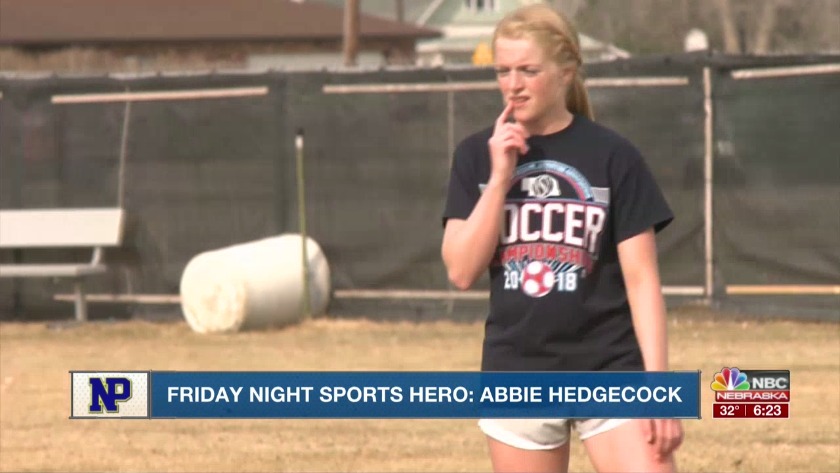 Senior attacking midfielder, Abbie Hedgecock said, "I've been playing since like the first year you can play like probably four or five. And I've had my dad as a coach so he pushes me more and I don't know, I've always just been on like an older team so I've always had to play up a level and it just like has helped me now."

"She's a girl that's been around this program, this is year number six. She was our student manager when she was a 7th and 8th grader, probably could have stepped on the field at that point," said North Platte High School girl's soccer head coach Sarah Kaminski.

Since her start with the program, she's grown to really lead and benefit the team.

Junior forward Callie Haneborg said, "Abbie is just like a really vocal leader on the field. She sees the field well. And she can explain to us like where we need to go with the ball. And she's just like a strong player like we can always rely on her, she has a good foot and just can get the passes to where we need them to go."

Kaminski said, "This year it's kind of funny, after six years, I'm really starting to see her personality come out. She's one of those unique young ladies where her knowledge and vision of the field is just ages above where she should be as a high-schooler. She can see things and knows exactly what to do to adjust so she's grown a whole ton from her freshman year."

"She really pushes everyone, if everyone seems down, she'll really step up and be intense and just pushes herself every day. And you can tell when she's off or something, she's kind of hard on herself so she really wants to improve," said Haneborg.

"You know she was out for the first couple games with an ankle injury and she was coaching right there on the sidelines with me. She had about five bullet points at the half time of the first game," said Kaminski.

Hedgecock said, "I just see things on the field that I wish I could help, or I feel like I"m letting them down kind of, but I'm glad to be back now."

Kaminski said, "She lets people know where they need to be and she's a motivator and just her mere presence out there on the field, I think bring's our level even higher than where it was prior."