Sun, who was named the tournament's MVP, added 14 digs to go with her 23 kills. She also had three blocks and served a pair of aces. Jazz Sweet tallied a season-high 14 kills on .387 hitting and had three blocks.

The Huskers (7-0) had a .256 to .221 hitting advantage, and NU had seven aces on the day, five more than LMU (4-5). Nebraska trailed by at least three points in all four sets, but the Huskers powered through to win the final three sets.

Nicklin Hames, also an all-tournament selection, had 51 assists and 17 digs, and Madi Kubik had 15 digs with eight kills. Libero Kenzie Knuckles had 13 digs.

Rose Booth had 20 kills and 11 digs for LMU. Savannah Slattery had 19 kills and 14 digs. Slattery was named to the all-tournament team.

Set 1: Loyola Marymount jumped out to a 7-5 lead after kills on four straight rallies. LMU led 10-7, but the Huskers chipped away with a kill by Sun and an ace by Hames to tie the score at 11-11. Kills by Sun, Sweet (twice) and Kubik put the Huskers back in front, 15-12. The Lions responded by coming back to take a 20-17 lead after three straight Husker miscues, an ace serve by Slattery and a kill by Emma Johnson. Kubik tipped a kill to get the Huskers out of the rotation, and she served an ace to pull NU within one, 20-19. Loyola remained in front, 22-20, but Sun placed a kill down the line and then tooled a block to tie the score at 22-22. But LMU got a kill from Rose Booth and benefited from a Husker hitting error to earn set point at 24-22. Sun terminated to keep the Huskers alive, and LMU hit wide to tie the set again, 24-24. Hames and Knuckles provided some athletic digs to keep the next rally alive, and Sweet posted a kill to give NU set point at 25-24. But Sun's next serve hit the net, and LMU's Meredith Teague served an ace to flip the score to LMU's favor, 26-25. Then the teams traded service errors before Sweet extended the set with another kill to make it 27-27. Serving continued to haunt both teams, as they each committed service errors. Booth gave LMU set point once again with a kill on the next rally, but Sun answered. Slattery put LMU back in front, 30-29, with her sixth kill, but the Lions then committed a net violation. LMU hit wide of the antenna to put the Huskers up 31-30, but Teague answered for LMU. Slattery followed with back-to-back kills to end the set in LMU's favor, 33-31. It was the highest scoring set NU has played since the 25-point rally-scoring era began in 2008.

Set 2: The Huskers fell behind 4-0 and had to play catch up throughout the early portion of the set. LMU led 14-12 when Stivrins and Hames stuffed an attack to cut it to 14-13. Sun then pounded her 10th kill to the set at 14-14 for the first time since 0-0. Two more kills by Sun put the Huskers in front, 16-15. Back-to-back kills by Sun and Schwarzenbach put the Huskers up by two, 18-16, and LMU took a timeout. The Lions took another timeout after the Huskers went up 20-18 on a kill by Sun and a block by Sweet and Schwarzenbach. Sweet then recorded three straight kills, and a two-hit violation on LMU and a block by Sweet and Stivrins gave NU the set, 25-19.

Set 3: Once again, a slow start had the Huskers playing from behind as LMU built a 7-4 lead with five early kills. Sun then took over with three kills and a block with Schwarzenbach on the next four rallies, putting NU in front, 8-7. The Huskers extended the lead to 16-9 with a 7-0 run served by Knuckles. Sweet had a pair of kills during the run, and Stivrins added a block and a kill. Stivrins continued her strong set with another block and a kill to take the Huskers to a 19-11 advantage. Kubik served an ace to make it 22-12 and gave NU a 24-15 lead with a kill. After LMU ripped off five points in a row, Schwarzenbach finally finished the set off, 25-20.

Set 4: The Lions bolted to an 11-6 lead. A pair of mental mistakes by LMU helped the Huskers slice the deficit to 13-10, but LMU answered with a pair of kills from Booth to go back up by five, 15-10. Schwarzenbach and Sweet answered with kills for Nebraska, and kills by Sweet and Kubik cut it to two, 16-14. LMU went up 19-15, but Sun terminated and Stivrins served an ace before Schwarzenbach and Hames produced a block to make it 19-18. Loyola tied the set at 23-23, 24-24 and 25-25, fending off Husker set points three times. But Stivrins added her ninth kill of the day before Booth hit wide for LMU, giving the Huskers the 27-25 win.

Up Next: Nebraska plays No. 1 Stanford on Wednesday at 7 p.m. at the Devaney Center. The match will be televised on BTN and streamed on FoxSports.com and the FoxSports app. Husker Sports Network radio affiliates will broadcast the match statewide, as well as on Huskers.com and the Huskers app. 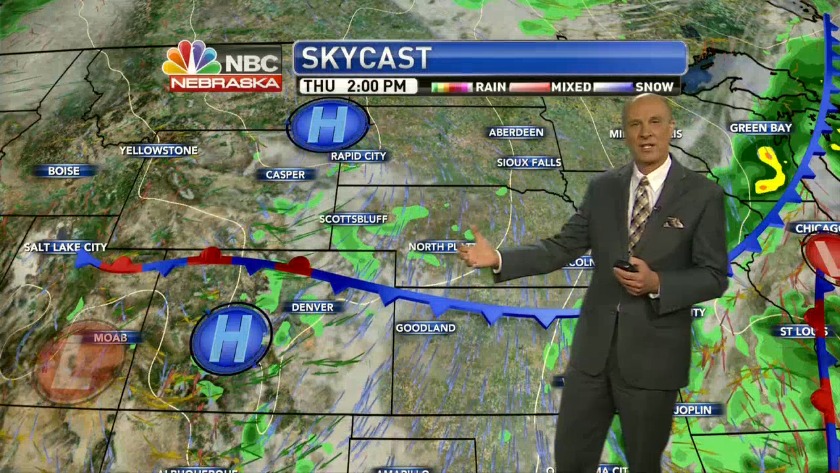