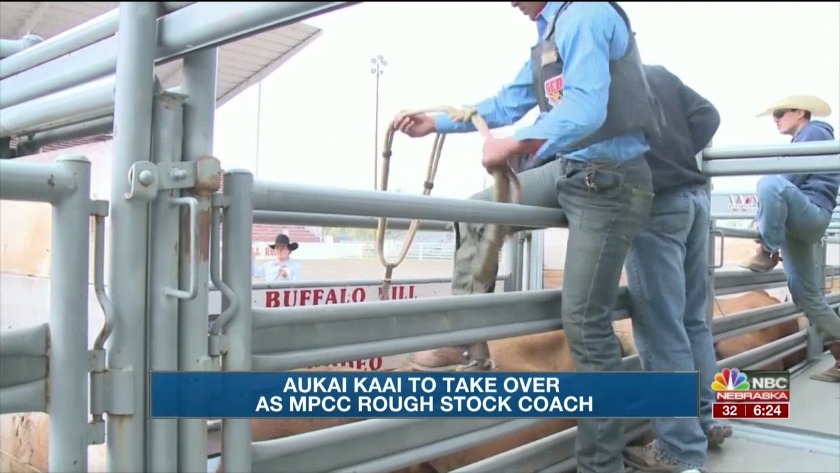 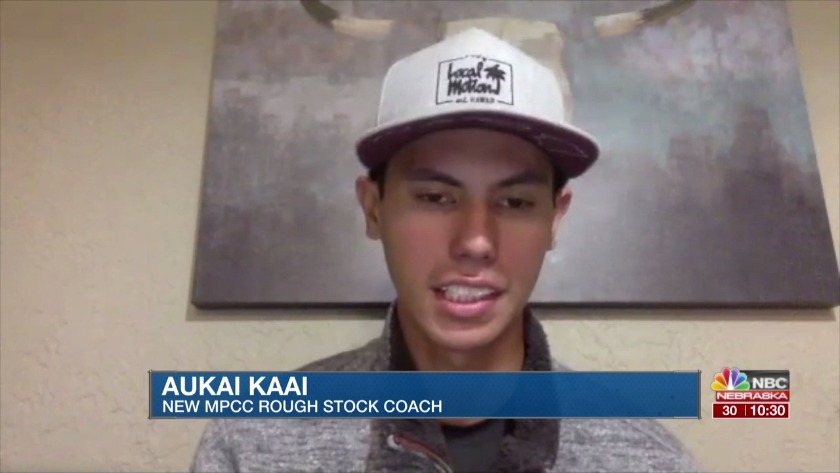 Kaai excited to give back to MPCC rodeo program

NORTH PLATTE, Neb. (KNOP) - Aukai Kaai is originally from Waimānalo, HI, but came to North Platte to compete for the Mid-Plains Community College rodeo team. Kaai was primarily a bull rider from 2014-2016, and upon graduating, went to University of Northern Colorado for a year, then went to Colorado State University to compete on their rodeo team for two years.

Aukaii Kaai will be the MPCC rodeo rough stock coach, taking over for Dustin Elliott. Elliott will be transitioning to a volunteer role, which is what Kaai held for the last eight months. (Credit: Patrick Johnstone/KNOP-TV)

For the past eight months, Kaai has been back in North Platte, and working with the MPCC rodeo team in a volunteer role. However, in July, Kaai, and rough stock coach Dustin Elliott, who recruited Kaai, will be switching roles.

In preparation for taking over as the rough stock coach, Kaai has been working with Elliott, and one part they have focused on is recruiting.

"Recruiting kids, recruiting points, what they look for; stuff like that. Just like the things you don't see behind the scenes," Kaai said.

One thing Kaai will include in his recruiting pitch is how easy the transition was for him coming to North Platte from Hawaii.

"The craziest thing about MPCC, and North Platte generally, it was a really easy transition for me coming from Hawaii to this community college, they made everything so easy," Kaai said. "I never would have thought this would have happened the way it did, but I'm really excited it did. I'm glad it did, because I couldn't be more excited to be giving back to the program that put me where I am today."

One of the biggest deciding factors for Kaai to get into coaching was being able to help further the careers of the MPCC students.

"Just seeing kids further their careers, I've always been big on helping the future of the sport, and helping push the sport forward. I'm just really looking forward to actually putting some action behind those words and helping kids do that," he said.

Kaai and Elliott will transition into their new roles over the summer.